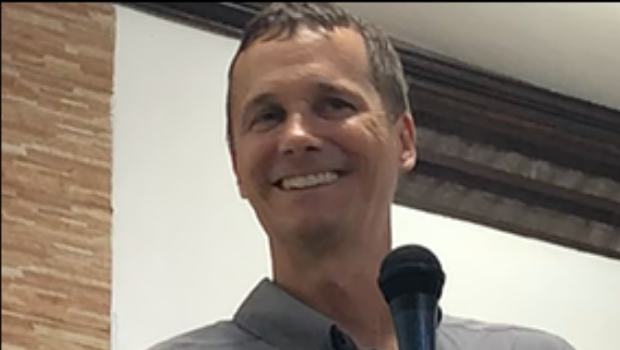 Marc Zboch is heavily involved with charitable organizations. He has been a missionary and has traveled to many areas around the world to help disadvantaged people live better lives. Zboch has a business background, which has helped him understand how to fundraise and how to manage people.

Zboch has established the Marc Zboch Scholarship for the 2021-2022 academic year. This is a $1,000 award given to one deserving college student or high school senior who has been accepted to a college or university. The scholarship is intended for students who envision themselves giving back to the community in some way. Zboch hopes that the scholarship will encourage students to think about how they can make public service an important part of their lives.

Zboch’s travels have taken him to such diverse places as North Korea, El Salvador, India, Egypt and Haiti. In Cambodia, he is involved in increasing access to healthcare services. He has worked with people suffering from leprosy. In Haiti, he has been involved in building homes, schools, churches, and infrastructure, since many people are still homeless after the earthquake of 2010.

Marc Zboch would like to show young people the example of becoming involved in the community, both locally and around the world. His work in developing countries has been important, and he will continue to travel to these locales to help the people who live there.

What are your favorite books?

I love to read, especially when I travel. I read widely, from the classics to modern literature. A recent favorite was A Guide to the Good Life: The Ancient Art of Stoic Joy, by William Irvine. It describes how the ancient philosophers came to realize that the secret to happiness was a thankful heart and a simplified life, free of strife. This is similar wisdom that Jesus taught us. This lesson becomes obvious when you travel to countries where adults earn $2.00 a day or less. They are generally much happier and socially active than people in the wealthiest countries. They don’t have our problems with suicide, drug abuse and alcoholism.

Many people who escape North Korea and settle in South Korea come to miss the simpler, slower pace. They have trouble adjusting to the competitive, achievement oriented environment. Several have even returned home, despite hunger, lower life expectancy and lack of freedom.

What is your favorite TV show?

I don’t watch very much TV, but when I do, I like to watch historical and cultural documentaries. One of my favorite shows on Netflix is called Street Food: Asia. I have traveled to several Asian countries and enjoyed the local culture and street food there. The series shows you several different local chefs and gives a background story of their lives as well as exploring some of the dishes they make.

I also enjoy Dark Tourist on Netflix. They cover many unusual places and events around the world that I’ve had the opportunity to visit, like the killing fields of Cambodia and a Voodoo ceremony.

What are your aspirations in life?

My aspirations in life are to continue helping people in developing countries. These people have the odds stacked against them in so many ways. I believe that it is important to share our resources with them, both where time and money are concerned. At the same time, I don’t believe that a donor can simply give money and then walk away. The donations need to go to effective groups that have the local population’s needs in mind. This is why it is a good idea to donate money to missionary groups. They understand how the money will be used in the local community.

I would also like to keep my scholarship program alive for the foreseeable future. I would love to help more students. I would encourage any students reading this article to apply for my scholarship if they want to help people in their adult lives.

What is one thing you’ve learned since starting your career?

One thing that I have learned since I started doing charitable work is that you must keep the community’s needs in mind when planning a project. When I first started out, I came in and imposed my will on the project. As time went by, I learned to listen more than to talk. The local population knows what they need and they will guide you to a project that will be successful and help the most people. For example, if an area is having trouble accessing clean water, a well-digging project may be just what they need. But if we build a well for them then it will be neglected and eventually fall into dis-repair. A smarter way is to loan the funds to someone local who also has an investment of their own time and money. Let them charge a small fee for the water and the well will always serve the community.

I am disheartened by how little most Americans know about the outside world.  Everyone needs to be informed about current events, no matter which political beliefs they hold. The news tries to get us outraged by insignificant political events and ignores the wars, famine and suffering happening everyday around the world.