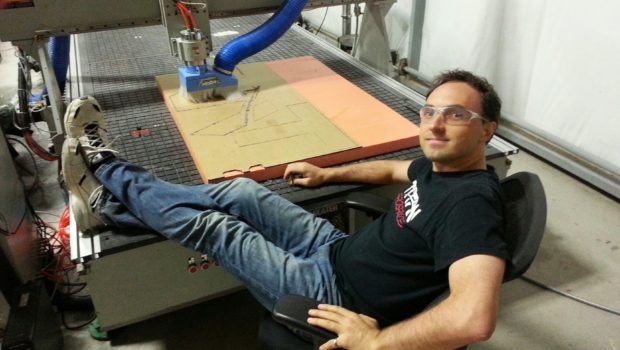 Maximus Yaney is an entrepreneur from Silicon Valley who is working on a very exciting new startup called Fusion. Yaney gives us a brief 500 word overview on whether or not Fusion and how it will impact our lives.

Is Fusion the Answer to Climate Change?

Climate change is more than just a threat to human life on earth, it’s an environmental ticking time bomb. As a global political issue, it’s a hopeless mess. The options facing us are desperate: either we accept the pain of cutting back on electricity use and transitioning to a green-energy society, or we keep on pumping out carbon dioxide until Miami is underwater.

But what if there was a third option? What if a technology existed that could extract untold amounts of energy out of something as plentiful as water, without carbon emissions?

That’s fusion. Or at least, that’s what it’s supposed to be.

Fusion is exactly what it says on the label: two separate objects combining into a single one. The prime example of this is the combination of two atoms of hydrogen into an atom of helium, with the leftover hydrogen mass released as a huge amount of energy. That energy is the key to fusion’s appeal as an energy source: if this process can be initiated and controlled, the whole world would soon have access to cheap, clean electricity.

The advantages of fusion technology are almost endless and it’s very different from the more familiar fission reactors already in use. Furthermore, the main component of a commercial fusion generator is hydrogen, which as a component of water is one of the most the most plentiful substances on earth. Instead of boring deep into the earth for oil or coal, acquiring the raw materials of electricity production could be as simple as sticking a bucket in the ocean.

Fusion has been held up as a miracle technology for generations, ever since Einstein’s theories on mass-energy equivalence shed light on the possibility. The problem is that in the hundred years since then, nobody’s been able to make it work.

The obstacles to harnessing fusion power for commercial use are non-trivial. From a physics perspective, the central problem is that huge amounts of heat and pressure are required to force two atoms to fuse. That creates two more problems: how to focus so much power in such a tiny space and how to contain the fusing substance as it approaches the critical point.

In layman’s terms, atoms just don’t want to fuse and the only reliable way to make them do it is to nuke them. And though billions of dollars have been poured into approaches ranging from magnets to lasers to crystals (really), we still haven’t quite cracked it. However, we’ve gotten much closer and there are dozen of scientifically credible solutions that still haven’t yet been fully tested.