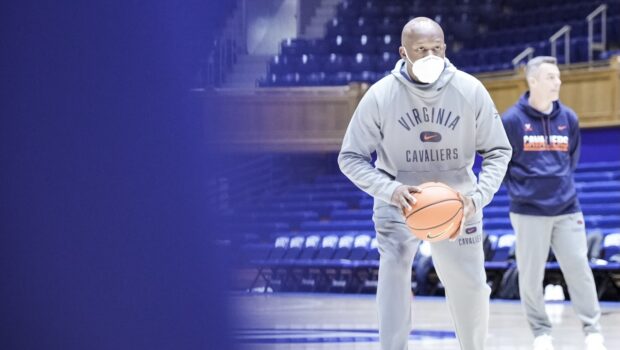 We got some tips today from one of the best college basketball coaches of all time. Behind the scenes of the University of Virginia Mens college basketball program is coach Orlando Vandross. He’s been working with Tony Bennett and helped lead the team to a 2019 national championship in the big game over Texas Tech. He’s been a mentor to young men and is a true family man being a coach of faith in the NCAA world acting as a great coach, role model, and family man. 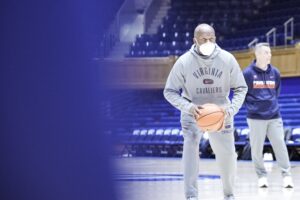 After leaving UNC Charlotte, Coach Vandross knew he wanted to be connected with a solid program.  UVA had a Director of  Player Development position available.  His former colleague and very good friend, Jason Williford, who is currently the Associate Head Coach at UVA asked him to consider the position.  It would mean a big step back because he would not be able to coach on the floor or recruit. The big positives for him: he would  be able to get  to know the players and spend  more time with his family because he would not be on the road recruiting. Coach O says “I had to really think about this move because it could be looked at as a negative when applying to other jobs down the road.”  After talking with Coach Tony Bennett about the position, he was really intrigued and felt excited about the new role he could play and helping the team pursue a national championship.  After a conversation with his wife, he joined the UVA Men’s Basketball Program in the spring of 2015.  Coach O was in his initial role for two years and then promoted to Assistant Basketball Coach.  “I don’t think I would be here if I was not open to going down an unexpected path for my career and being part of a program that has won several ACC Titles and a National Championship makes it that much sweeter.”

How did you Coach O Get Started in Basketball and What Inspired him?

Orlando’s first t job was a volunteer assistant coach at Brockton High School in Massachusetts. After playing college basketball he realized that he really missed being a part of a team so he talked to Victor Ortiz who was his High School coach and he asked him to come help him coach the varsity team. When Coach O loved that he knew where his passion was and pursued accordingly.

In your coaching career Orlando says there are more ups than downs. Coaching tests your will and and endurance.